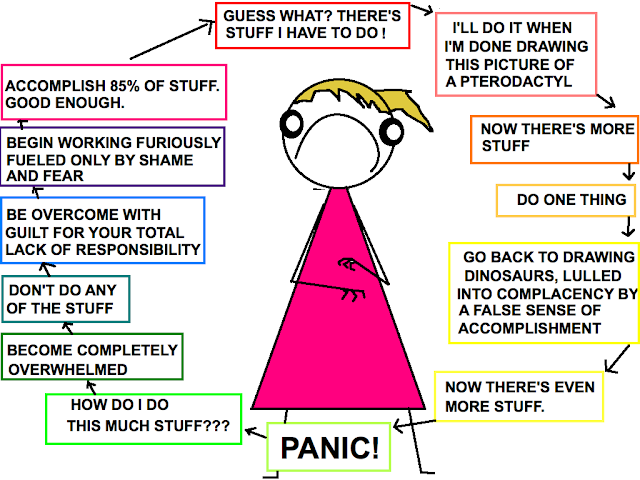 Today, my procrastination on returning emails finally reached critical mass.  I woke up with a feeling of dread and apprehension - like maybe I was going to get stabbed.  I drank a whole bunch of coffee, but that only made me feel paranoid.   I tried not to check my mail because I knew it was going to look like this: 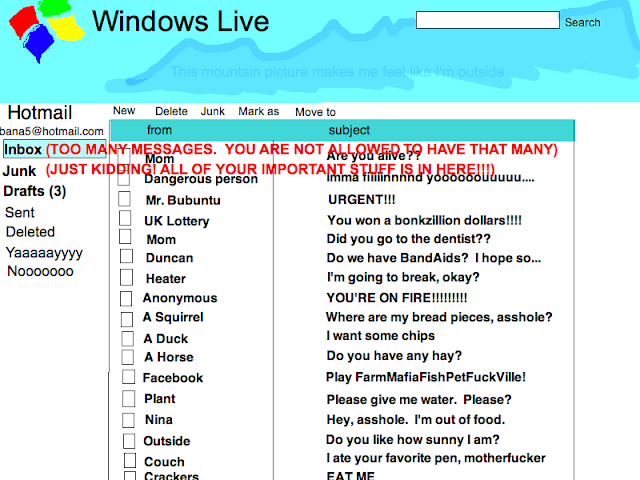 I never intend for things to get this way.   I ignore something for one day, and pretty soon it's eighteen days later and I still haven't done it.  Then my responsibilities become wrapped up in so much guilt and helplessness that I have to ignore them because I'd rather feel good about myself.
I just keep pretending that I don't have anything to do until the amount of stuff I have to do becomes so massive that it ruptures my pathetic psychological defense system like a water balloon and all my responsibilities explode out at me at eight thousand miles per hour and hit me in the face and then I'm lying on the ground flailing dramatically and that's not making it any better so I drink more coffee, but no, it still doesn't work, and it makes me have to pee and that reminds me that I don't have any toilet paper and somehow that seems like an impossible problem to remedy so I just lie on the floor, helpless and uncomfortable, wondering how this happened to my life. 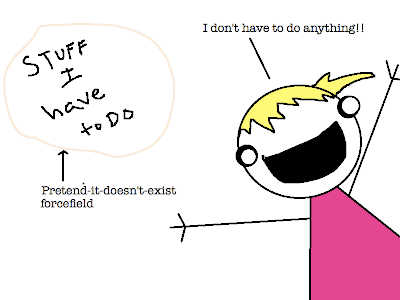 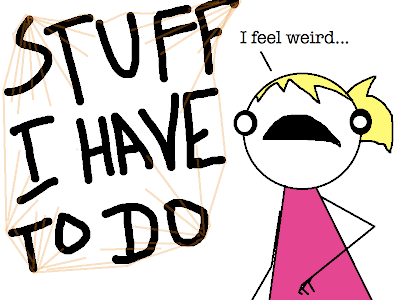 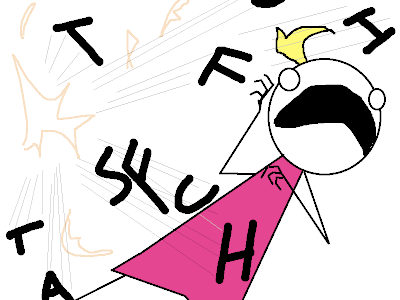 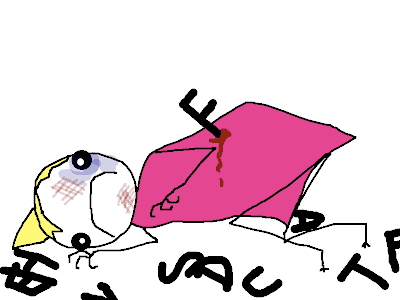 Anyway, I kind of forgot where I was going with this.  I think mostly I wanted to draw dramatic pictures  of myself being stabbed and beaten down by my responsibilities and I didn't really think of how I was going to make it into a coherent blog post.
I am sorry for this post.  I'm going to publish it anyway because I'm feeling irrational.

UPDATE:  Now I thought of an ending! 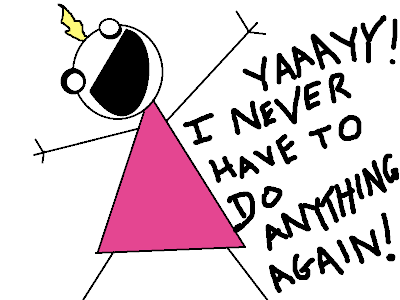 UPDATE:  I was reading over this again and I remembered that I'm unemployed and I don't really have any responsibilities except maybe a few things like writing emails and feeding my pets.  Then I felt bad because I'm sitting here in a life-altering panic over a very basic task that most normal people accomplish while drinking their coffee in the morning - before heading off to their real jobs where they have real responsibilities.
This is a perfect example of why I would crumple up and die in the workforce.  Anyway, I made an award for everyone who manages to work and email and take care of kids and not kill their plants: 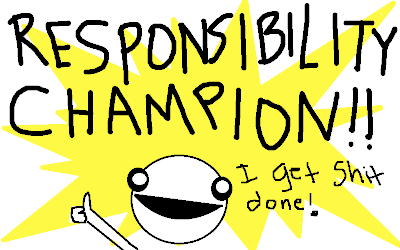 UPDATE:  Now I made an award for the procrastinators too.  I wasn't trying to be ironic by posting it four hours after everything else, but I guess it kind of worked out that way: 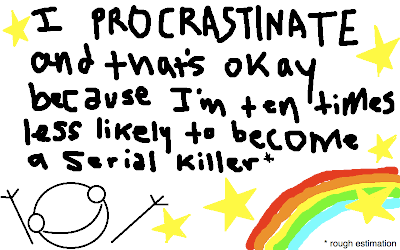