How to be Happy, Reclaim Your Youth and Also Vanquish a Centaur. *Hint*: Bacon is Involved

Thursday, 19 November 2009
Facebook Twitter Telegram
In the world, there are things.  Some of them suck, some of them are awesome and some of them are just okay.  Some of them smell/taste like bacon.  Those things are usually - but not always - in the awesome category.  For example, bacon beer.  I would drink bacon beer.  In fact, I am willing to bet that the advent of bacon beer would mark the end of productivity for our society.  Bacon-flavored condoms?  That would probably be the best blow-job-getting strategy ever because they taste like bacon but they have no calories.  Everyone wins in that situation.  I might be wrong, but I'm pretty sure that bacon-flavored condoms would also lead to complete stasis in whatever place they originate first.  I'm guessing either Germany or Japan.

But bacon can't just be mixed all willy-nilly with everything.  Baconnaise should never have happened. 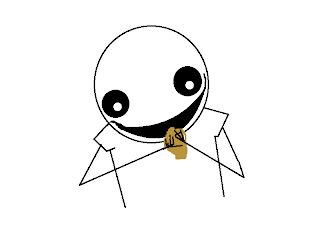 One of the most sacred moments in anyone's life is one in which there is anticipation and/or ingestion of chicken skin.  When you are holding that paper-thin flap of greasy yet crispy integument, nothing else matters.  Chicken skin could stop war.  Well, it could at least delay war by about 15 seconds.   Once everyone got to the part where they actually had to eat a skinless drumstick, they'd go right back to bombing and pillaging.
2.) Bouncing
Who hasn't looked at a trampoline in someone's backyard and thought "I would give a blow job to just about anyone if it meant that I could have one of those... and the condom wouldn't even need to be bacon-flavored..."
And how sad were you the day you found out that you weighed too much to go into the giant, inflatable bouncy castle?  That's how Anorexia starts.  One moment you're bouncing away your worries inside the inflatable castle in the parking lot across from Walgreen's and the next you're on a glucose drip and you've lost your hair and you almost don't have enough energy to be enthusiastic about the idea of bouncy castles anymore.
The first person who makes a bouncy castle that is built to withstand the rigors of being repeatedly bludgeoned by overly enthusiastic obese people will be a millionaire billionaire.
In the meantime, next time you are feeling down, go jump on your bed.  I'm totally serious.  Go jump on your bed and see if you still feel bad.  If nothing else the idea of jumping on a bed while crying irrationally should at least make you laugh.  Either way, jumping on the bed will make you feel better. 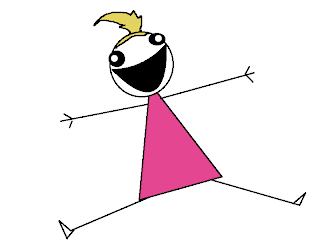 Ceiling too low?  Jump on your knees or on all-fours.
Worried about aversely affecting the life-span of your mattress?  That's what's wrong with you - do something about it.
If you still can't bring yourself to jeopardize the integrity of your all-important mattress, go to the thrift store and buy a cheap mattress that you won't feel bad about destroying during your moments of unrestrained glee.  Keep it in your garage or basement.  I promise that your life will be better.
If you have a memory foam mattress, give up.  Life is pointless now.  You should have thought of that before you sold your life down the river by buying a mattress without springs.  You could try buying a bouncy mattress from the thrift store and keeping it in your basement or garage, but I doubt you'll get any enjoyment out of it.
3.) Popping a Zit

Getting a zit is such a turbulent experience, emotionally.  On one hand, you are upset because your face has been ruined.  On the other hand, you get all giddy and start thinking "I can't wait until I can squeeze this thing!  I hope it's the kind that squirts all over the mirror!"

If I was a spiritual leader of some sort, I would say "Think not about the blemish on your face, but about the mass of sebum and bacteria on your mirror."

I would say other things too, though.  I wouldn't want my principles branded as "Zit Zen."  But I think that is pretty much unavoidable now.

This one is very subtle, but I am convinced that it happens to nearly everyone

Next time you are using a mouse with a designated right-click button, notice the way you feel just before you get to right-click something.  There is an almost imperceptible little celebration that happens. 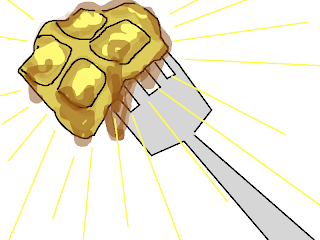 You know the bite I am talking about.  The one that is approximately three squares by two squares and it's stuffed like a turkey with butter and syrup.  Not only that, but the waffle has been marinating in syrup for the duration of breakfast and some of the syrup will surely have soaked up into the interior of this glorious bite. 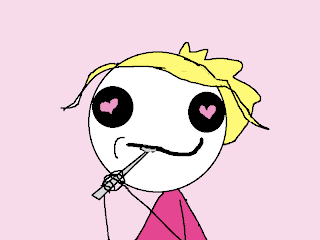 People say that there is no way to explain love and that makes me sad because obviously these people have never eaten a waffle or at least not a waffle with real butter and syrup and that is a tragedy.  Either that or they have never experienced love, which is almost as sad.  Almost.

There is a distinct feeling I get every time I pass the toy aisle at Wal-Mart.  It's like if you were engaged to marry the man or woman of your dreams then suddenly decided that you needed to take a plane to Pittsburgh and the plane crashed and everyone died except for you and you walked away from the incident as a double above-the-knee amputee and that was the meanest joke ever but I still said it because I didn't even realize what I was saying until it was too late and by the time I noticed, it was already too funny so I just left it in there because it somehow lightens the mood when you find out that after the plane crash, the person you had loved is prejudiced against disabled people and he/she leaves you for a centaur and you somehow end up attending the same PTA meetings and all you can do is look across the room at your ex-fiance and the centaur and think "I used to be so happy..."

That's how the toy aisle at Wal-Mart makes me feel.

Sometimes I buy a toy and then I get a feeling like I walked across the room to the centaur and I said "bitch, I'm going to rape him because he is rightfully mine!"  And then I realized that I had legs the whole time and I was never a double amputee and I don't actually have to rape my ex-fiance because he still loves me and we tame the centaur and keep it as a pet and it isn't even mad at me because I give it bacon beer all the time and centaurs love bacon beer.

I think this may be the best thing I have ever written.

P.S.  I talked about blow jobs twice in one post.  I get fifteen points.

COMPLETELY UNRELATED UPDATE:  I'm totally going to start taking screenshots of my followers widget so that when someone un-follows me, I can find out who's missing and track them down and become all emotional on their blog.  Then they'll log in one day and find this:

"WHY DID YOU LEAVE ME?????!!!  I THOUGHT WE WERE GOING TO BE TOGETHER FOREVER, YOU FUCKING CUNT BASTARD!"

If you guessed that the phrase "fucking cunt bastard" was a trap, you would be right.  Just try to leave me now, Asshole.  I'm super creepy and totally capable of finding you.