Monday, 22 March 2010
Facebook Twitter Telegram
I haven't always been an unemployed pseudo-hobo.  When I was in college, I often worked during Christmas and summer breaks serving food and bussing tables in my hometown.   I have a lot of stories I could tell you from those times, but one in particular sticks out in my mind.

I was having a really bad day.  I had barely slept the night before because being scheduled for an early shift hadn't made me any less nocturnal.  I hadn't gotten anything to eat either.  I forgot to pack a lunch and I was stalwartly holding out on buying something because working for $3.25 an hour plus a paltry amount of tips kind of makes you reluctant to purchase a $10 hamburger if you don't absolutely have to.

My sleep-deprivation and hypoglycemia were only aggravated by a string of rude and demanding customers - one guy didn't like the shape of his burger patty, a kid threw a fish stick at my head, some snobby lady made fun of my gaudy, oversized work uniform and I was verbally molested more times than I could count.  In light of all of this, I was overjoyed to see a friendly-looking old man come in and seat himself in one of the booths. 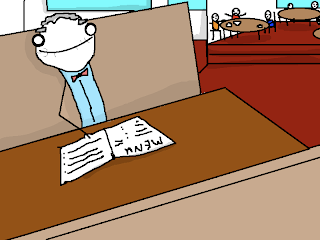 The seniors who came into the restaurant were usually delightful to be around and I felt relieved that maybe I would get to experience a fulfilling and kind interaction for the first time that day.

I brought him a menu and cheerfully asked if there was anything he would like to drink.  He was like 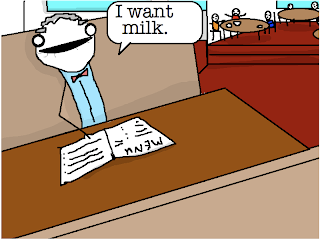 I quickly went and got him a big glass of cold milk.  I handed it over to him with pride, feeling good about my prompt reaction-time and smiling service. 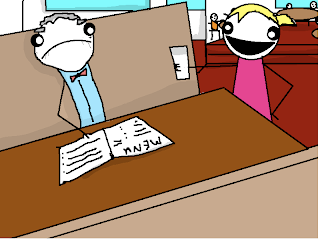 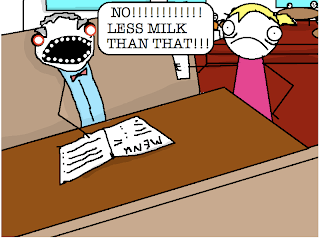 I was surprised by his reaction to the milk, but I obliged his request and went back to get him a smaller glass.  We only had two different glass sizes, so I chose one of the smaller ones and brought it back to the man's table, again feeling proud of my ability to provide quick, tailored service with a smile. 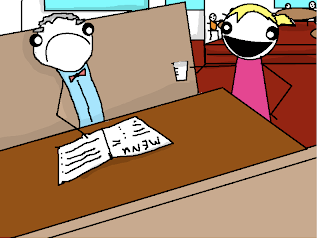 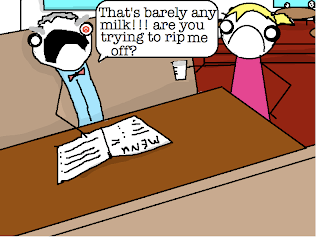 I felt a little discouraged, but not yet defeated.  As I noted before, we didn't have any intermediate-sized glasses, but that wasn't going to stop me from getting this man the exact right amount of milk.  No, I needed to find a solution!   That solution ended up being filling one of the large glasses halfway.  It wasn't the prettiest way to present milk, but it got the job done.
I trotted the half-full glass of milk over to the man, who was now scowling at me from across the room like he was expecting me to fail.  I cautiously held it out to him. . 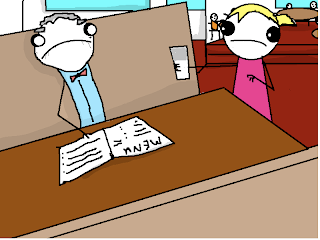 It became immediately apparent that my crafty solution was not satisfactory. 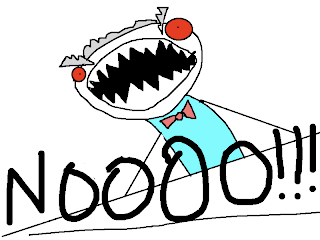 I said, "Sir, we don't have any medium-sized glasses.  We only have large glasses and small glasses."
Man: "What the hell are you talking about?"
Me:  "The restaurant only has two sizes, small and large.  We don't have any medium cups."
Man: "Why don't you have any other cups?"
Me:  "I don't know.  It's stupid.  I'm sorry."
Man:  "Do something about it."
Me:  "I'll try."
I scurried back to the kitchen to work on somehow hand-crafting a medium-sized glass.  I had very little to work with.   We had some styrofoam to-go cups that were the same size as the large in-restaurant cups.  I took one of the styrofoam cups and cut about three inches off of the top of it with a steak knife.  It was not pretty.  It looked like I had tried to gnaw the cup apart with my teeth.  But it would have to suffice.  I filled the monstrosity I had created with milk, took a deep breath and walked toward the man's table.  I could see him glaring at me, daring me to disappoint him one more time. 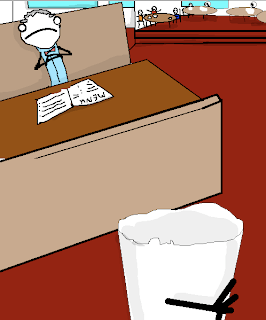 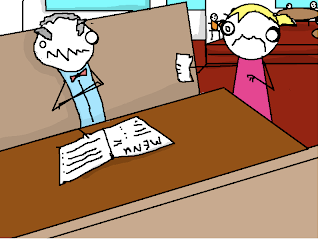 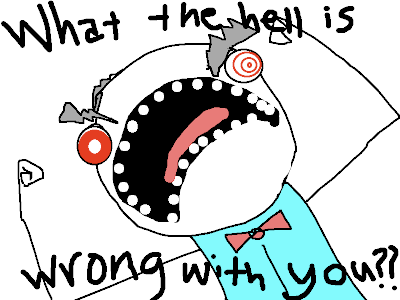