Spiders are Scary. It's Okay to be Afraid of Them. *UPDATED*

Thursday, 4 March 2010
Facebook Twitter Telegram
I'm fighting a war.  A war against spiders.  Every night before bed, I check my sheets for them, shoe in hand, ready to brutally end their lives with way more force than necessary.  Sometimes I find one and even if I kill it, I still can't go to sleep because it confirmed my fear that sometimes there are spiders waiting in my bed for me.

I used to pretend that I wasn't afraid of spiders.  It made me feel cool - like I was braver than most people.  If someone called me on my bluff and asked me to dispose of a spider, I would put on my battle-face and do my best to get rid of it without letting the panic bubble to the surface. 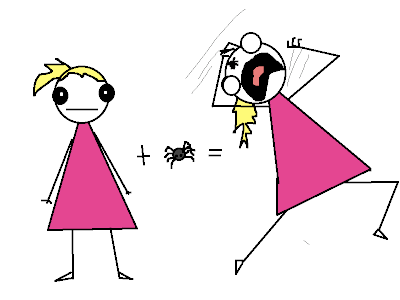 I HATE spiders.   Spiders are like little pieces of death wrapped in scary.  Even if a spider was like 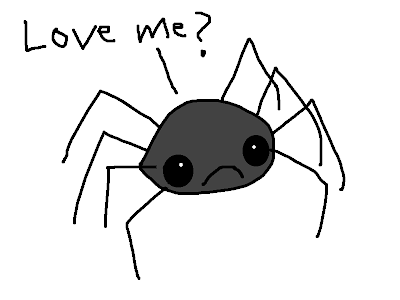 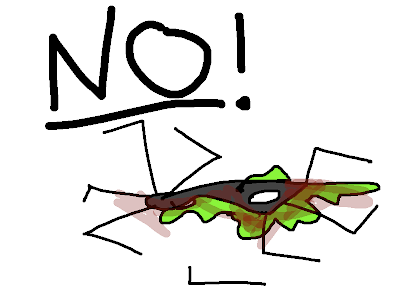 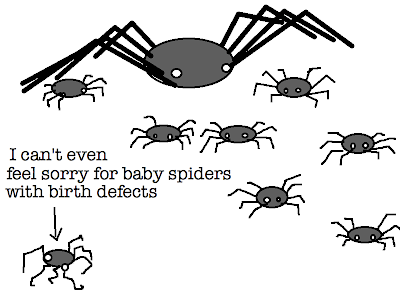 When I was younger, my mom would say "Sweetie, don't be afraid.  You are way bigger than a spider." Well guess what, mom?  I'm bigger than a grenade too.  Were you trying to raise me to be some sort of unconquerable war-machine that isn't even afraid of grenades?  If you were trying to do that, you failed.  I'm afraid of a lot of things that are smaller than me - like bees and wolverines and centipedes.  I'm even kind of afraid of ants a little bit. 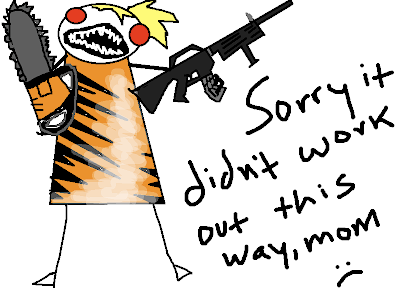 Spiders are fucking scary.  That is a universal truth.  I don't know why.  I don't need to know why.  All I know is that when this: 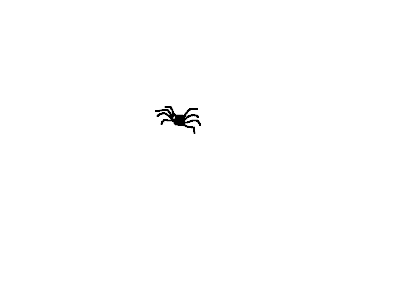 comes crawling across the floor at me, my brain interprets it like this: 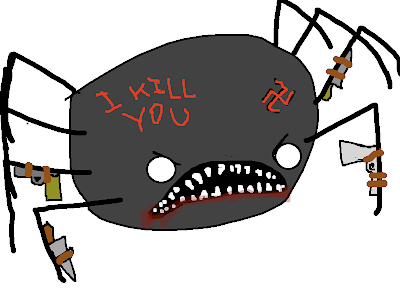 That is a spider with a swastika and the words "I KILL YOU" carved into its flesh and it has knives and guns strapped to its legs.  That's how scary spiders are. 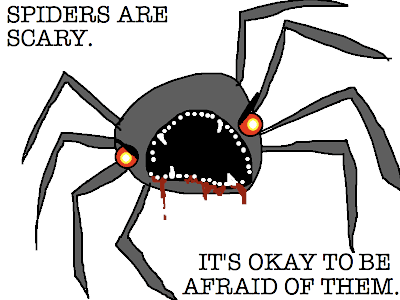 P.S.  I just saw a spider on my stairs and I tried to squish it but I missed and now I can't find it.
UPDATE:  Remember how I was like "P.S. There was a spider on my stairs and I tried to squish it, but no"?   IT WAS ON ME.  At least I think it was the same spider.  Maybe it was just a part of the other spider's clone army.  I don't know.  The point is that I was like "happyhappyunaware" and then I looked down and there was a big, black spider crawling on the couch next to me and I ran away yelling "getitgetitgetit!!!" because I'm super brave.  Then Boyfriend was like "I know what would be a good idea!  I should try to stab the spider with my knife!" and he pulled out his pocket knife and tried to stab the spider and he missed and the spider ran away and now there's a fucking spider in my couch.
UPDATE:  Okay, this spider is a survivor.  First, it escaped being crushed by me on the stairs.  Then it got away when boyfriend was trying to stab it with a pocket knife and it ran behind the couch.  Tip: don't try to stab spiders - squish instead: 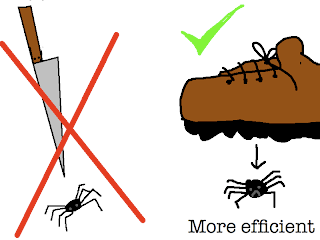 Boyfriend and I tore the room up looking for it and we couldn't find it.  Then, I looked up above me and there it was.  On the ceiling.  In a completely unreachable spot.
UPDATE:  Now it has a friend.
UPDATE:  Boyfriend just killed the spider's friend using a box of Samoas© Girl Scout cookies. 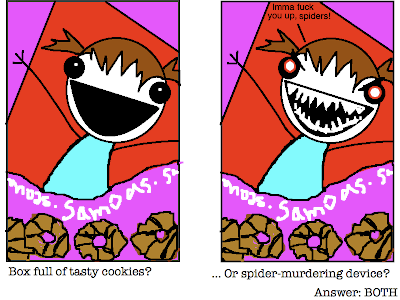 The original spider is still too high to reach.  (You're welcome for the free advertising, Samoas©)
UPDATE:  The spider has been slain.  It was an epic battle.  First, I made a spider-free island in the middle of the living room where I could watch the action while still being reasonably sure that I would not become part of it.  Then Boyfriend made a long, poke-y weapon and he climbed up behind the couch and went in for the kill.  The spider did not die easily and its death will probably be avenged in some fashion by its clone army, but for now it is gone. 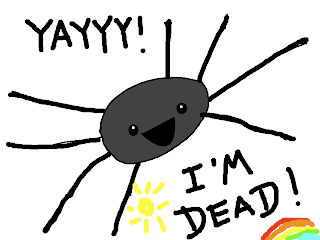