Monday, 8 February 2010
Facebook Twitter Telegram
So I just remembered that I have to go to the dentist again today and suffer through the judging all over again -- only it's going to be worse this time because I didn't even brush my teeth yesterday.  Last time I went to the dentist, I brushed my teeth like, five times the day before and the dentist was still all up in her tower about my "intermittent flossing" and my "bleeding gums."  Guess what, dentist?  If someone poked you in the mouth with a metal spike, you would bleed too! 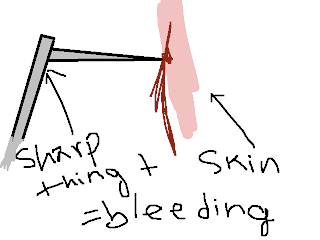 But somehow she thinks it's my fault that I'm bleeding.

I'm pretty sure she's a robot.  That's why she has such a hard time understanding the relationship between stabbing and bleeding. 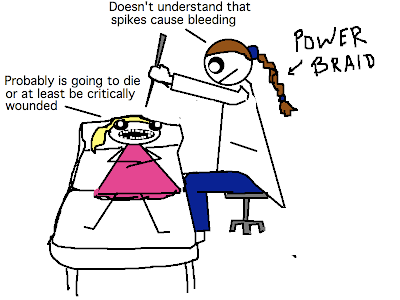 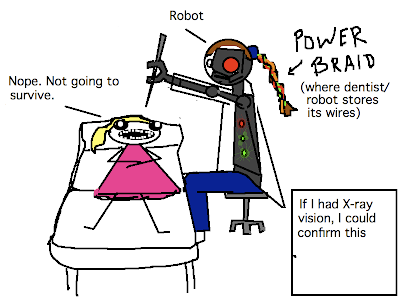 This also means that I am probably not going to survive.  Most robots are malicious and vengeful, and my filthy teeth will only serve to aggravate the dentist further, so I really don't see how I have a chance.   The only thing I can really think of is to wait until exactly the right moment and then throw water on the dentist, possibly causing it to short-circuit. 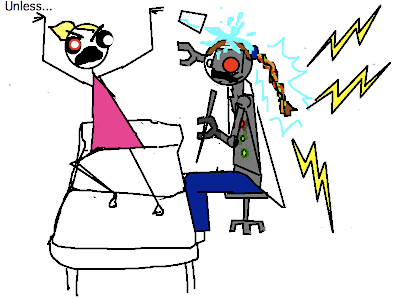 Now I just have to find a way to conceal the water so that the dentist does not become suspicious.
Facebook Twitter Telegram