Tuesday, 19 January 2010
Facebook Twitter Telegram
The beginning of the week is hard for me.  After not writing on the weekend, I always feel like whatever I do next has to be legendary to make up for it.  But when I am trying to write something legendary, all I can think of is stuff like "cake is awesome" and "one time I fell down and hurt myself."  Eventually I just end up hiding in a corner and watching The Bachelor for six hours straight because it "helps me think" but really it's because I want to forget about my responsibilities.  That approach actually works pretty well until I start yelling at the contestants and Boyfriend walks in and says "Oh, there you are!  What are you doing?"  And I look up at him from my corner, my face and hands covered in honey because I just ate a honey and butter sandwich and I say "LEAVE ME ALONE!!!  I'M WATCHING MY PROGRAMS!!!!!" 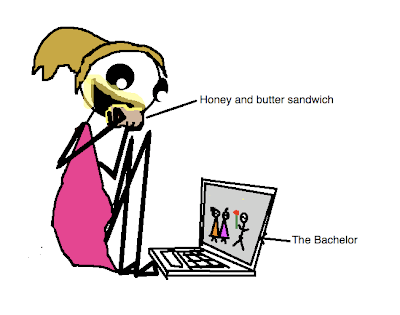 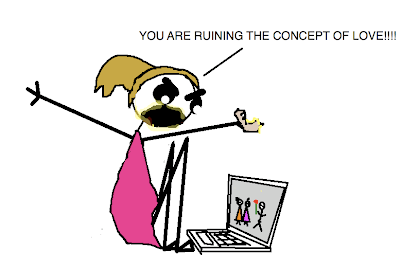 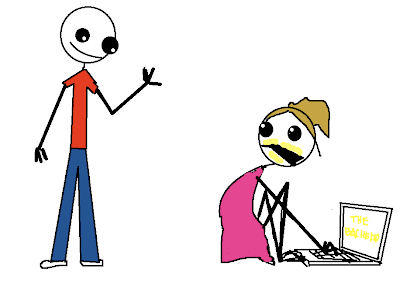 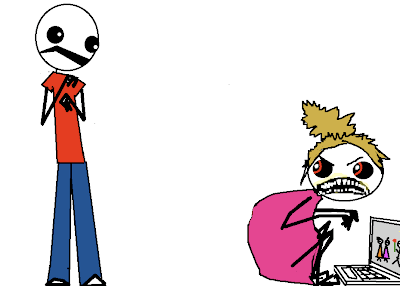 Then Boyfriend says "What's on your face?"  And I'm like "IT'S HONEY! GET OUT OF YOUR FUCKING TOWER AND STOP ACTING LIKE YOU'VE NEVER HAD HONEY ON YOUR FACE BEFORE!!!"  And Boyfriend is like "What?" And I'm all "DON'T JUDGE ME!"  And I run away.

Then it's suddenly Tuesday and I haven't accomplished anything aside from making myself really sticky and totally disillusioned with love.  At some point I'm like "I just have to do it.  I'm going to sit down and write and see what comes out.  No pressure."

UPDATE:  I started responding to comments on this post and I realized that most of my responses were explaining butter and honey sandwiches, which is an admittedly weird thing to eat.  I decided to elaborate here instead.

I used to really enjoy peanut butter and honey sandwiches, but I can no longer eat peanut butter because Boyfriend is deathly allergic to nuts.  We cannot have peanut butter in our house.  I still love bread and honey, though, so I got the bright idea to substitute regular butter for peanut butter.  It's like all the best parts of every food ever, combined into one sandwich.  If you could put happiness on bread and eat it, that's what eating a honey and butter sandwich would be like.
Facebook Twitter Telegram