I'll Sell the Shit Out of Your Tacos

Monday, 25 January 2010
Facebook Twitter Telegram
I just found out that I'm pretty much an expert at making advertisements.  I saw an ad for Taco Bell and I was like "That ad doesn't make me want to buy tacos at all.  I could do way better than that."

And Boyfriend was all "Tacos don't really need advertisements.  They're tacos.  They pretty much advertise themselves."

Me:  "Yeah, but what if you are trying to break into the taco market and you have to compete with an established brand, like Taco Bell?  You'd need to advertise and let consumers know that you are there and you are at least as competent at making tacos as Taco Bell."

Boyfriend:  "That's where you come in and do what?"

Me:  "Advertise the shit out of the new tacos!"

Boyfriend:  "And how are you planning to do that?"

So then I drew this to demonstrate how I would advertise tacos: 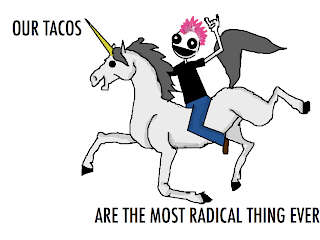 If you are the owner of an up-and-coming taco business, I made this for you.  You're welcome.  Taco Bell should've thought of hiring me, but they didn't, so the advantage is all yours.
And my expertise is not limited to tacos!
Example 1.) This is how I would sell pants: 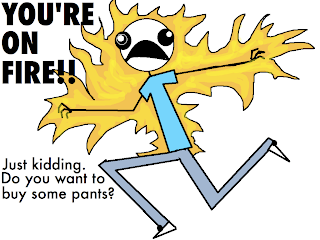 If you are told that you are on fire and then you find out that it was just a joke and no, you aren't actually on fire, you'll be so thankful to be alive that you'll pretty much be willing to buy anything.
Example 2.) This is how I would sell insurance: 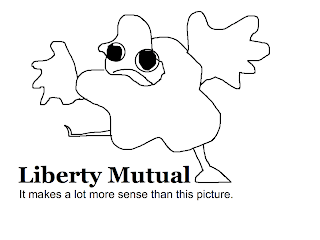 This advertisement could work for almost anything, but I chose Liberty Mutual because it was the first thing I thought of.  Which probably means they don't need better advertising.  And I just realized that I should have used a bank as my example because then the catchphrase "it makes a lot more sense than this picture" would have the added benefit of being a pun.
Example 3.) And this is how I would sell dog food: 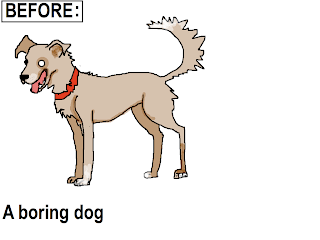 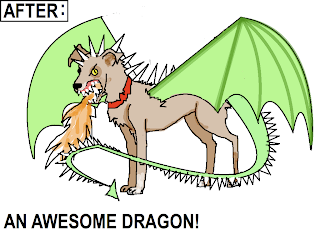 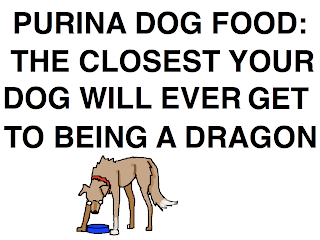 People will remember an ad like that.  Every dog food brand ever makes commercials of adorable puppies frolicking in grass or mischievously unrolling toilet paper all over the house.  I bet none of them have ever dared to tell you that they'd turn your dog into a dragon.  Just imagine, a couple is in the grocery store, trying to decide what kind of dog food to buy, and they're like "well, they're all pretty much the same - WAIT!  Is that PURINA?  Doesn't that stuff turn your dog into a dragon?  AWESOME!  I'm buying that."  You jut got a new customer.
If you want people to buy your shit, I'm the person to call.   And if you contact me soon, you'll probably be able to scam me into giving you a radical deal because I have been so busy discovering my talents that I haven't had time to do the proper research and I don't have any idea how much to charge for my services.  If you contact me with an offer within the next 24 hours, I'll throw in a free piece of cake.   That's right... cake.  Absolutely fucking free.
What are you waiting for?  Email me at ickybana5@hotmail.com.  I know it sounds unprofessional, but that's the email address I've had since I was 14 and I'm not about to change it to accommodate my needs as an adult.  I have some hardcore loyalty to that email address...  just like the loyalty I'm going to try to build between you and your customers!  ZING!  It's like I was born to do this.
Facebook Twitter Telegram