I've wondered about her intelligence ever since I adopted her and subsequently discovered that she was unable to figure out how stairs worked. 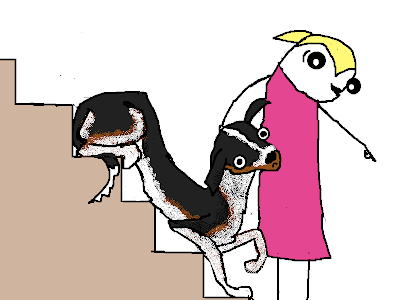 I blamed her ineptitude on the fact that she'd spent most of her life confined to a small kennel because her previous owners couldn't control her.  I figured that maybe she just hadn't been exposed to stairs yet.  Accepting the noble responsibility of educating this poor, underprivileged creature, I spent hours tenderly guiding her up and down the staircase - placing biscuits on each step to lure her and celebrating any sign of progress.  When she still couldn't successfully navigate the stairs at the end of her first week with me, I  blamed it on her extreme lack of motor control.  This dog is uncoordinated in a way that would suggest her canine lineage is tainted with traces of a species with a different number of legs - like maybe a starfish or some sort of primitive snake.

The next clue came when I started trying to train her. I am no stranger to training dogs - much of my childhood was spent working with various canines because I lacked the social skills to interact successfully with people.  With so many years of experience behind me, I was sure that training this new dog would be a very simple task.

I was wrong.  Not only is training my dog outlandishly difficult, it is also heartbreaking.  She wants so badly to please me.  Every fiber of her being quivers with the desire to do a good job. 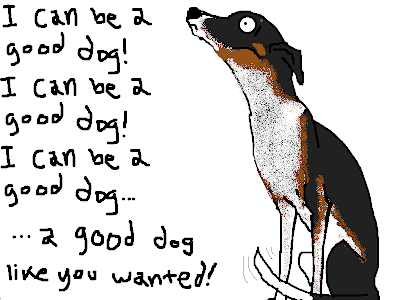 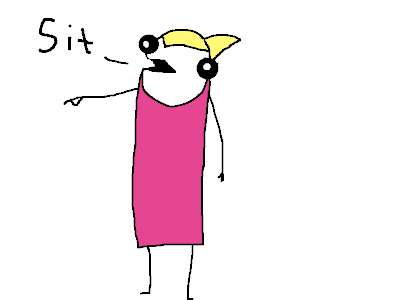 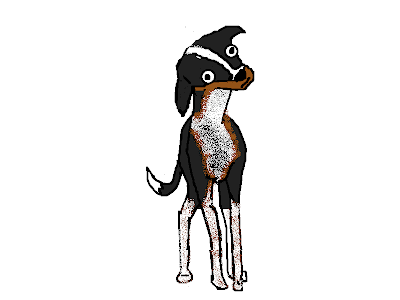 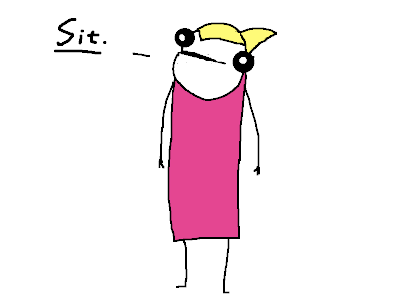 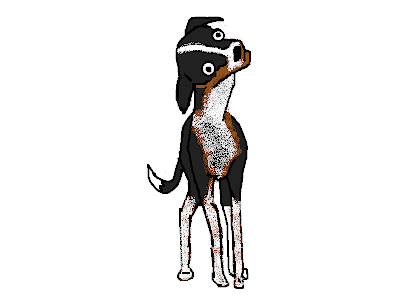 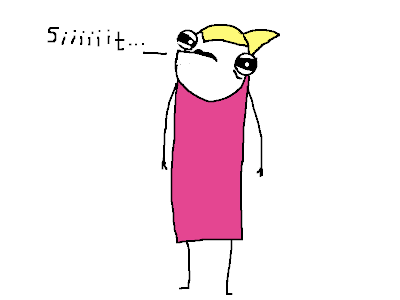 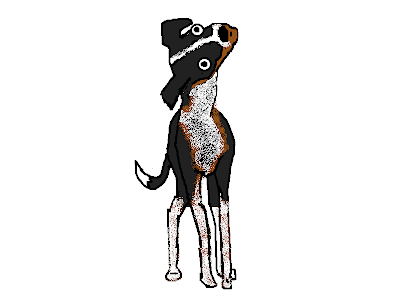 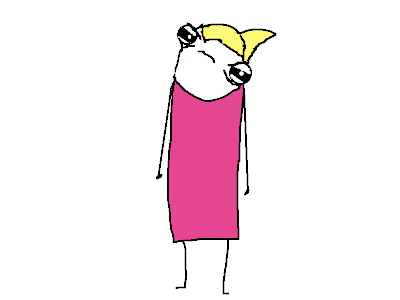 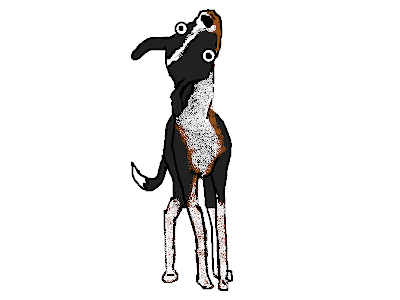 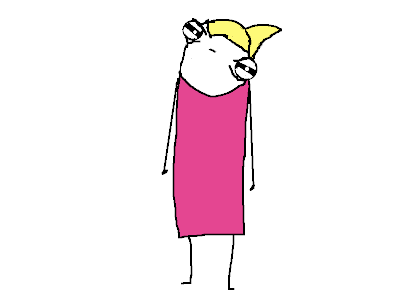 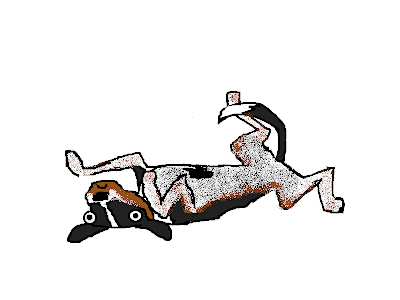 But when turning her head at an extreme angle fails to produce a life-altering epiphany, she usually just short-circuits and rolls on her back.
Over the past two months, she's made some progress, but it's been painfully slow and is easily forgotten.  Still, I was living under the assumption that maybe my dog just had a hidden capacity for intelligence - that all I had to do was work hard enough and maybe she'd wake up one day and be smart and capable like a normal dog.  Until last night.
Last night I was sitting on my couch mindlessly surfing the internet when I looked up and noticed my dog licking the floor.  Just licking and licking.  At first I though maybe I'd spilled something there, but her licking did not seem to be localized to one spot.  Rather, she was walking around the room licking seemingly at random.  She lay down on her side and kept licking out of the side of her mouth while staring directly at me. 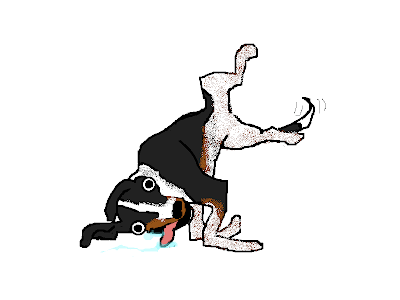 At that moment I realized that I needed to know for sure whether my dog was retarded or not.
I Googled "how to tell if your dog is retarded" and after a bit of research, I found a dog IQ test that looked fairly legitimate.  It involved testing your dog's ability to solve a few very basic problems, like figuring out how to get out from underneath a blanket.
I gathered the necessary supplies and began testing.
The first test asked me to call my dog using a variety of words that were not her name to gauge whether she could tell the difference.  I called out "refrigerator!" and was pleased to see that my dog did not respond.  She also failed to respond to "movie," "dishwasher" and "banana."  I was beginning to feel  very proud of her.  Then came the crucial step: I called her name.  Nothing.  I called it a few more times to be sure.  Still nothing.
The words hung like a neon sign broadcasting my dog's failure.  "It's okay," I thought.  "She'll do better on the next one."
In the second test, I had to put a blanket over my dog and time her to see how long it took her to get out.  I threw the blanket over her and started my stopwatch.  She made some cursory attempts at freeing herself, but as the seconds ticked by, it became clear that she was not going to pass. 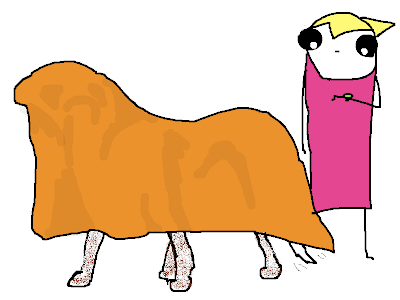 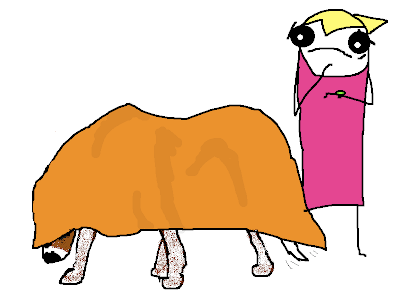 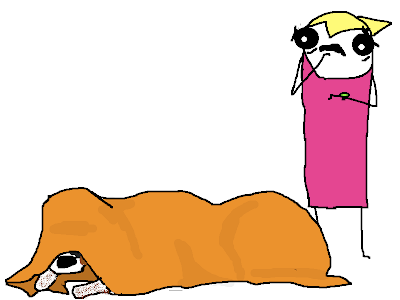 Still, I gave her the benefit of the doubt and assumed that she just enjoyed being under there and could get out if she wanted to.  I added an extra couple points to her tally for faith's sake.
After flagrantly failing three more tests, it came down to the final trial.  If she could score five out of five possible points on this section of the test, she could bump herself out of the bottom category into "below average."
First, I had to make her sit, which was a test in and of itself.  Then I was supposed to show her a biscuit, let her sniff it, then - after making sure she was watching - place the biscuit on the ground and put a plastic cup over it.  If she knocked over the cup to get the biscuit within a certain amount of time, she'd pass the test.
I put the biscuit under the cup and started the timer.
My dog ran over to the cup and sniffed it.  She walked around it once and then looked up at me like I was some sort of wizard.  I pointed to the cup.  I knew it was cheating, but I wanted to help my dog pass her test. 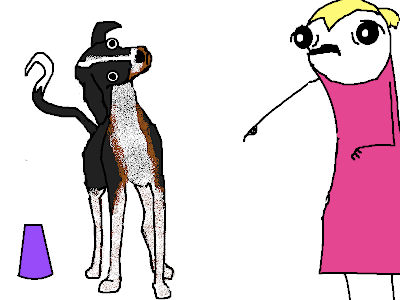 She didn't understand, but she knew she was supposed to do something, so she just started frantically doing things because maybe - just maybe - one of those things would be the right thing and the magical wizard cup would let her know where the treat went. 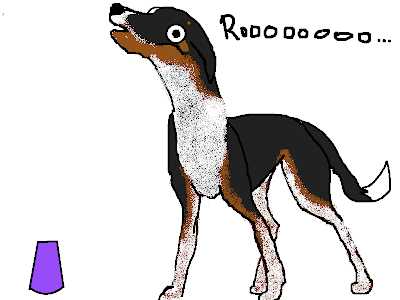 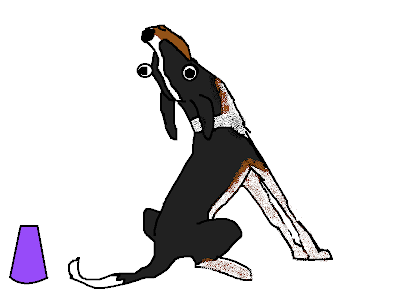 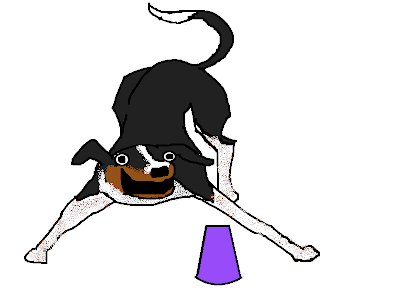 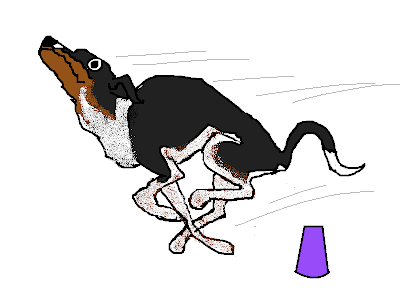 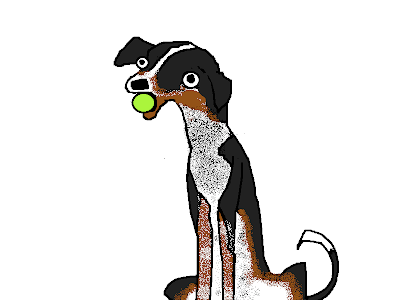 After five minutes of watching my dog aimlessly tear around the house, I finally accepted that she was not going to pass any part of the test and yes, she was most likely mentally challenged.  But damn it, I was not going to let my poor, retarded dog feel like she failed. 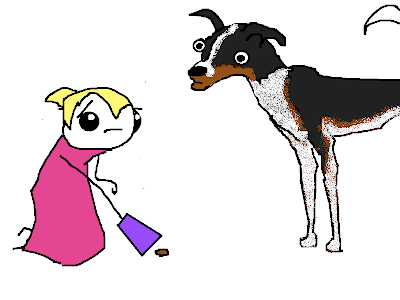 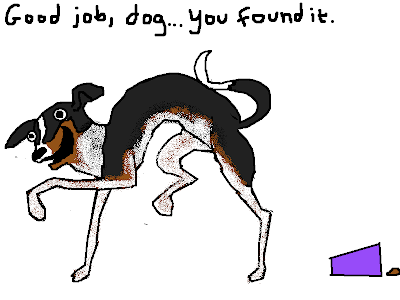