Friday, 9 April 2010
Facebook Twitter Telegram
I put up a poll a couple days ago to try to gauge how you guys would feel about me putting a couple ads on my blog.  I allowed you to pick multiple answers, so the data might be skewed slightly, but even still, the results were a little surprising to me: 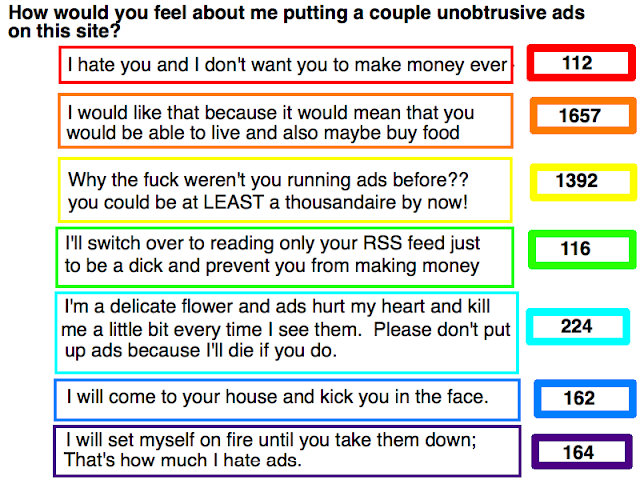 Don't you think you guys are being a little melodramatic about this?  Did you know that 224 of you are dead now? 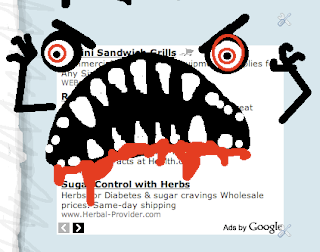 You should really try to die less easily.
And to the 162 of you who are going to come to my house and kick me in the face (even though half of you are probably dead right now due to overlap in the results):  I'll be wearing a steel-reinforced hockey mask. 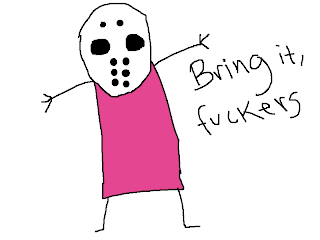 Anyway, the ads are up.  There are three of them.   I know next to nothing about SEO, so the ads that show up are going to be pretty random.
And in case any of you are worried, this is as far as I'm going to go with monetization on this blog.  (I had to bold this next part because even after posting about this on Facebook, Twitter and my blog, I am still getting comments/emails about how I better not put pop-ups on my blog.)
You will never see me write a paid review of anything.  I will never molest you with pop-ups or pop-unders or anything that flashes or moves or causes my page to freeze.  There will be no pop-ups or moving things.  None.  Ever.
That little box of text in the sidebar is it.  That is what I was making a big deal about.
That being said, I do want to make this whole advertising thing more entertaining for you guys.  So what I'm going to do is run AdSense until I can get some direct advertisers who will allow me to design my own ads.  So, direct advertisers, here is a sample of what I can do for you, based off of product-requests from my readers (via Twitter and Facebook): 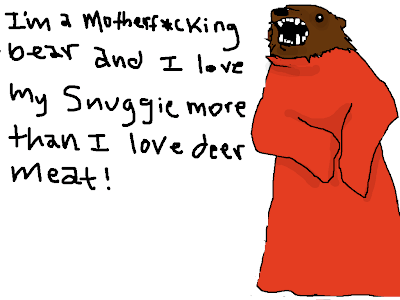 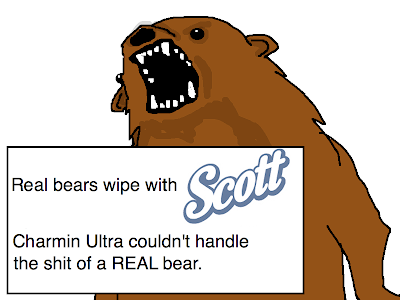 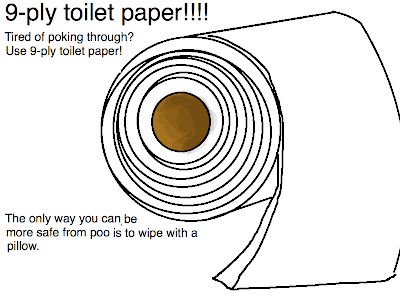 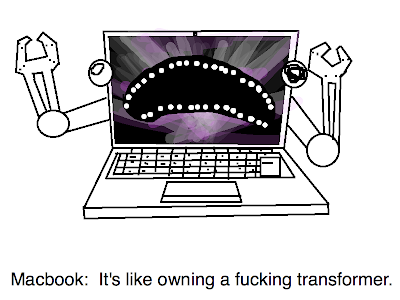 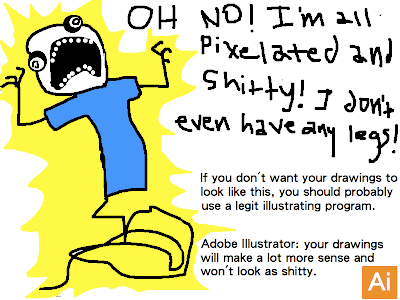 While I recognize that I probably won't be getting advertising from Macintosh or Adobe Illustrator, it doesn't hurt to court them a little.  However, someone needs to take down Charmin Ultra because their thinly-veiled dingleberry jokes are getting kind of annoying.
IN OTHER NEWS:  I haven't been posting as frequently.  You have probably noticed this.   I knew I wouldn't be able to keep up that crazy 7-day-a-week posting schedule I had going last month, but I think I can manage 3 or 4 posts a week pretty indefinitely once my life settles down a little.  So just in case you were worried, this lapse in posting doesn't mean my blog is in its death throes.  On the contrary, it means that my blog is doing so well that I've been too busy to write a post every single day.
OH MY GOD THIS POST KEEPS GOING AND THERE REALLY ISN'T ANY CONTINUITY WHATSOEVER BUT THAT'S OKAY BECAUSE GUESS WHAT?
SPAGHATTA NADLE!
I have been inundated with emails about Spaghatta Nadle, so here you go, weirdos. 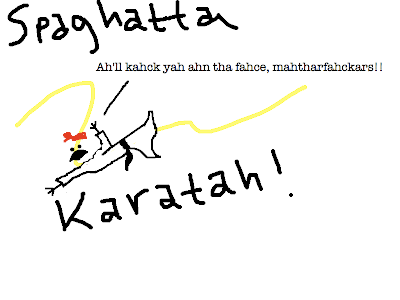 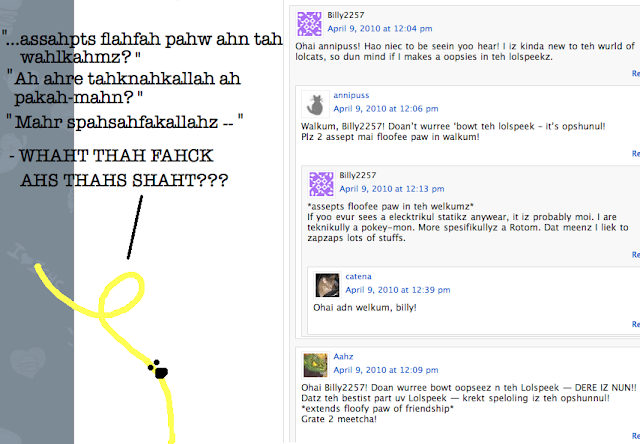 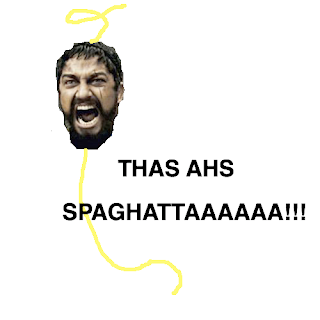 Okay.  This post was a monstrosity.  All the separate parts were okay, but when I put them together it just came out all weird.  Like putting A1 steak sauce on a banana.
UPDATE:  I've been asked a few times about whether clicking the ads makes me money.  The answer is yes, but you can't just go clicking on every ad because you like me.  I wholeheartedly appreciate the sentiment, but Google classifies it as click-fraud and I'll get in trouble.  However, if you see something that interests you, feel free to take a look at it.
Facebook Twitter Telegram