Hey Guys! Look at Me Being Famous and Getting Interviewed!!

Tuesday, 23 February 2010
Facebook Twitter Telegram
Remember how yesterday I was all "I'm dying from drawing too much, how about you guys just interview me so I don't have to come up with a post on my own..."?
I seriously underestimated your capacity to ask questions.  And I overestimated my ability to come up with good answers.  I really don't think I'm cut out to be famous, you guys.  This shit's hard.
Anyway, I ended up picking the questions that led to the most entertaining/informative answers.  If I didn't answer your question, it doesn't mean that I hate you or that I hate your question.  It just means that I failed at creating a satisfactory answer.
Alright, question time! 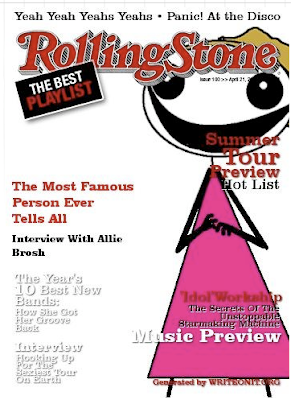 Why do you live in Montana?  Are you being held against your will by a bear and a sad bee?
-MODG
I live in Montana because Boyfriend and I went to school here and then after we graduated, Boyfriend was like "I know what would be a good idea!  I should get a job in Montana and then we should keep living here!"  And I was like "Okay." So here I am. Some days I feel like I am being held here against my will by a bear, and some days I'm happy to live here: 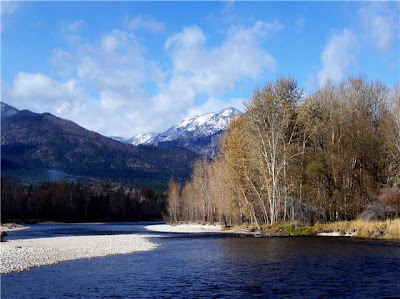 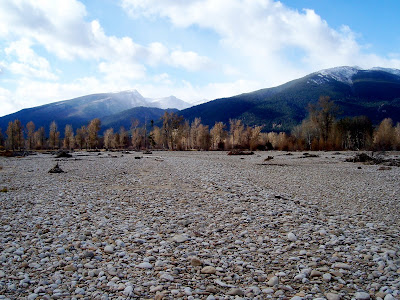 Given a choice of eating only ham or only raisins for the rest of your life, which would you choose and why?
-Mildly Unstable
I would probably choose raisins because they have fiber and fiber is healthy and also  I could probably soak the raisins in water and then ferment them and make wine and then I could get drunk and forget about the fact that I'll only be able to eat raisins for the rest of my life.
When choosing a cat, what do you think is important?
-Swistle
When choosing a cat, I think it is important to check and make absolutely sure that the cat is not a robot destroyer.  If you can confirm that the cat is a genuine animal, then I would make sure that it doesn't have rabies.
Are you or are you not the first sign of the apocalypse?  What is the second sign?  What is the best way to repent?
-Sarah P
Maybe.  I think I might count as a false Messiah.
In case anyone is wondering, I'm not Jesus.
BAM.  Apocalypse averted.  You're welcome.
What made you choose the lowly Nadle to raise to such animated heights?
-Zaedah
It just kind of happened.  It was the product of too little sleep and too much sugar.
Does Boyfriend ever see the same face you have in your header?  How often?  Is he turned on or skeered?
-GoingLikeSixty
Boyfriend is much more likely to see my raptor face: 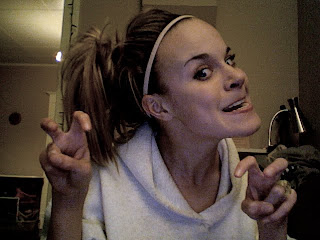 When I'm really stressed, I like to pretend I'm a dinosaur.  I don't think it scares Boyfriend anymore.  He's used to it.
Where do you think the word "sandwich" came from?
-Tony
Supposedly sandwiches are named after the Earl of Sandwich, but we all know that's a lie.  I think it's just a cover-up for the fact that our ancestors ate sand.  Have you ever noticed how all kids try to eat sand?  It's their primal instincts.  Kids have a vestigial appetite for sand.
What do you think of  Twilight?
-Tony
I hear it has vampires in it.
What did you do this morning for 2 hours instead of writing a blog post?
-Better Austin Today
I woke up to my alarm and flailed around melodramatically before crawling out of bed.  And then I almost fell down the stairs.  Then I made some tea and stared at my wall for a little while.  Then I made myself an award for getting up so early.  Then I tried to write a blog post, but it didn't work, so I just drew pictures instead.
If a spleen and a tomato juice were involved in a war between aliens, would the horse radish win a poodle?
-Christina in Wonderland
Verbs.
How will you celebrate when (not if) you become "Champion of the Internet"?
-The Recreational Premed
When I become Champion of the Internet, I will obviously also become very wealthy, so I will buy myself a unicorn and ride it around town while screaming randomly.
Is it exhausting being so awesome?
-Barbara
Yes it is, Barbara.  The weight of my awesomeness is a heavy load to bear.  It's like wearing a backpack full of rocks and trying to run uphill as fast as I can.  In the snow.  And inspirational music is playing in the background, but I can't hear it because my ears are too full of my own splendor.
In all seriousness, though, this is hard work (blogging, I mean... not being awesome.  That just kind of comes naturally).  Even though I get to sit around in my pajamas all day, I'm working more than full time.  It's fun work, but there's a lot of it!  Boyfriend says that I probably work 80 hours a week between writing, editing, drawing, emailing and forum-ing.  He was kind of pouty about it.  (Okay, so I just realized how much 80 hours is.  It's probably more like 50 or 60.  I blame Boyfriend for the melodramatic exaggeration.)
If a celebrity would play you in a movie, who would it be?
-Barbara
Charlize Theron or Megan Fox.  Then everyone would think I was super hot.
What illustrators did you admire growing up?
-Buzz
I was obsessed with Calvin and Hobbes when I was young.  Also Gary Larson.  They are both able to convey complex ideas with fairly simple illustrations.

If bears and unicorns played each other in Curling, who would win?
-Buzz
Bears.  The unicorns would be disqualified for using magic.  I'm pretty sure there's a rule in curling that says you can't use magic.
In a fight between a grilled cheese sandwich and a taco, who would win?
-Boyd
Probably the taco.  Have you ever been stabbed in the mouth by a hard taco shell?  Tacos will shank you.
Do you like to read?  If so, what?
-ShineForLife
I love reading!  Right now, I'm reading several David Sedaris books.  My favorite book is probably The Hitchhiker's Guide to the Galaxy by Douglas Adams.   I also love books about drug addicts, for some reason.
Is there a separation between regular Allie and cartoon Allie?  Do they ever cross over?
-Untypically Jia
Cartoon Allie is based heavily on myself as a child: 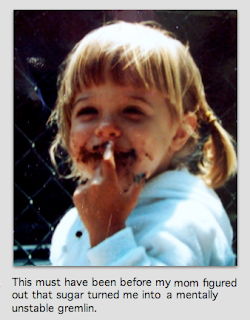 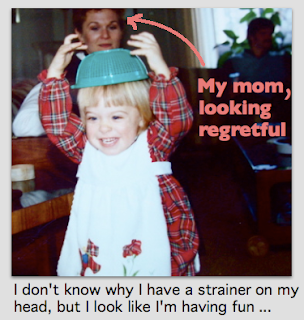 That being said, there is significant overlap with my adult self.  But I think maybe cartoon-me can open its mouth wider than I can.
If you could live anywhere you choose, where would it be?
-The Chicken's Consigliere
Narnia.
Can you draw elephants?  I really like elephants.
-JoAAAnna
I can kind of draw elephants... 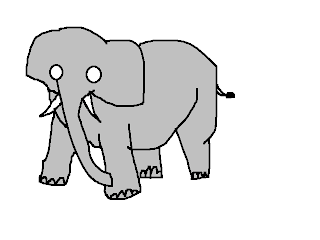 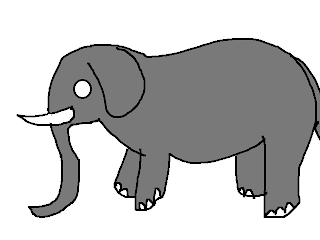